To many in Detroit, the Cole family name represents calm during the storm. At their darkest moments, tens of thousands of Detroiters have turned to the most trusted name in the business and found compassion and care during their time of greatest need. The James H. Cole Home for Funerals celebrated its 100th anniversary in 2019. It’s a momentous milestone for any business but particularly for one owned and operated by four generations of one African American family. 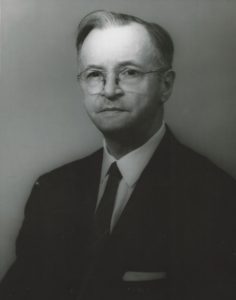 A pillar of the community, the James H. Cole Home for Funerals has a storied past chockfull of faces and names, laughter and tears, family and friendship. The business owes its beginnings to the grandson of a freed slave, James H. Cole Sr., whose curiosity, entrepreneurial spirit, and work ethic birthed a Detroit icon.

His descendants aren’t sure what compelled their family patriarch, but in 1918, Cole Sr. sought and completed an apprenticeship with a local undertaker in Detroit. Though he never graduated from mortuary school, Cole Sr. parlayed this hands-on experience into a business. He opened the doors of the James H. Cole Home for Funerals at 1710 St. Aubin Street in Detroit’s Black Bottom neighborhood in 1919. The funeral home provided a much-needed service to the neighborhood’s predominantly black families who frequently were turned away by white undertakers.

Cole Sr.’s commitment to a high standard of service enabled him to grow his business into one of the most well-known and respected funeral homes in the city. The business weathered the Great Depression and wartime, offering services to Detroit families during times of economic turmoil and economic prosperity alike. As the years passed, Cole Sr. relocated the business to two different locations on East Warren Avenue – conducting business on the first floor while residing with his family on the second. 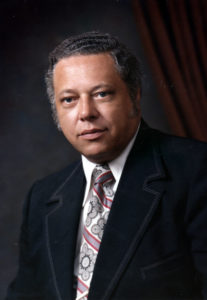 The Cole family moved to the Boulevard right around the time producer Berry Gordy and his Motown Records label was being established. The two landmarks have been neighbors ever since. Members of the Cole family have many fond memories of famous Motown performers strolling past, including Grammy Award-winning singer and songwriter Stevie Wonder.

“Cole’s is tradition in the community and has been in my family for generations,” says Robin Terry, CEO of the Motown Museum and granddaughter of Esther Gordy Edwards, Berry Gordy’s sister. “I cared for my grandmother for the last 11 years of her life. The one thing she insisted was that only Cole’s could take care of her. It goes beyond a business relationship.”

James H. Cole Jr. assumed the role of president of the business upon his father’s death in 1970, and two years later, expanded the business to a second location, referred to as the Northwest Chapel, at 13631 Puritan.

Joining her father in business, Karla M. Cole-Green was the youngest daughter of James H. Cole Jr. She completed her studies at the Cincinnati College of Mortuary Science in 1979 and earned her mortician’s license in 1980. Two years later, the Cole family moved from its original location on W. Grand Blvd. into the building immediately adjacent at 2624 West Grand Boulevard and has remained in that building ever since.

Upon her father’s death in 1991, Mrs. Cole-Green assumed the role of president, a position she still occupies today. Working alongside Mrs. Cole-Green are her two sons, Antonio and Brice Green. Antonio joined the business after completing his studies in mortuary science at the Cincinnati College of Mortuary Science in 2006. A year later, Brice joined the business as well. Like his grandfather, he pursued studies at Wayne State University’s School of Mortuary Science, earning his license in 2013.

In 2010, the Cole family renewed its commitment to the city of Detroit when it relocated its Northwest chapel into a newly constructed, multi-million dollar facility just across the street. Located at 16100 Schaefer Highway, this state-of-the-art facility offers many advanced features, making it more than prepared for the rapid technological changes of the 21st century.

The Cole family is a fixture in the Detroit community. Generations of families have come to know and trust the Cole name.

“As a native Detroiter, it was so important growing up for black folks to have a place they could be buried with integrity and dignity,” says Bishop Corletta J. Vaughn. “That did not exist all the time.”

Today, the James H. Cole Home for Funerals has more licensed funeral directors than any other Detroit-area funeral home. In 2018 & 2019, the business earned the National Funeral Directors Association's Pursuit of Excellence Award for its record of stellar service.

On the occasion of the funeral home’s centennial anniversary, many “Cole families” have shared their memories of the tender care and guidance provided by the Cole family and its beloved staff. Countless individuals have been touched by loving, sympathetic interactions with the funeral home’s many special staff members from drivers to musicians to funeral directors and morticians.

“What I am impressed by is the Cole family’s level of commitment,” says Pastor Jake Gaines. “They are here before I get here, and they are here after I leave. Down from Ms. Karla to her sons, it’s just amazing. It makes me want to give my best at all times in terms of what I offer to this business.”

During its centennial year, the James H. Cole Home for Funerals celebrated with the community that has supported it through the years. To mark the anniversary, the Cole family hosted the Legacy Breakfast on April 18, 2019 during which supporters and friends gathered to mark the beginning of a year of celebratory events. On July 21, 2019, the Coles hosted the #Cole100 Family Festival, a free and open to the public event, on the grounds of its W. Grand Blvd. location. On September 14, 2019, the Centennial Grande Gala, a black-tie event, was held at the iconic Roostertail on Detroit’s riverfront, which brought the centennial festivities to a close.

“It has been really important for Fifth Third Bank to be part of this centennial celebration as a sponsor because we’re committed to the community,” says Senior Vice President, Chief Corporate Community and Economic Development Officer for Fifth Third Bank, Byna Elliott.